Home » etowbars Blog » Which are the best cars for towing

Which are the best cars for towing 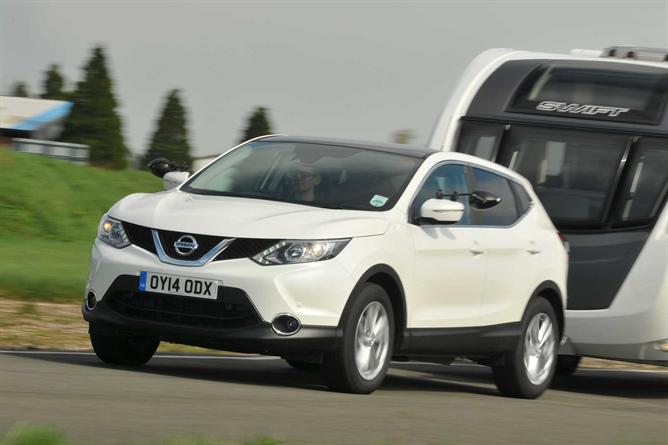 If you want to tow a trailer, rarely can you see how the car performs on a test drive, with the trailer attached. With so many makes and models to choose from, it’s not easy to find the right car to tow with.  Answer: TOW CAR AWARDS!

Choosing the best car for towing a trailer or caravan is hard because the first chance most people get to see if their car is any good with a load on the back is after they've bought it.

The Tow Car Awards is Britain’s toughest test of towing ability. Started in 2007, the testing programme is the UK’s biggest and best assessment of a car’s ability to tow a trailer.

Best cars for towing trailers up to 750kg

The best lightweight tow car is the Renault Captur. In 1.5 dCi diesel form, the compact SUV was impressively stable, determined (if not especially swift) compact tow car. The actual towing limit of the Captur is 900kg, which is a useful amount, while the 75kg noseweight limit is impressive for a small car. Certainly far better than the similarly sized, more expensive Peugeot 2008, which has a very modest 53kg limit.

Best cars for towing up 1200kg

There are a lot of very talented tow cars at this level which can tow smaller caravans, trailer tents and all manner of other lighter trailers. Best of the bunch is the 2013 Tow Car Awards winner, the Skoda Octavia. It won its class this year too, and if you need extra space, the estate version is excellent too. If you need something a little heavier and happier to get you off a muddy field, What Car?’s Car of the Year, the Nissan Qashqai, is also the Tow Car Awards winner for 2014. For towing, we’d recommend the 1.6 dCi model, rather than the 1.5 dCi for a little extra power and flexibility.

Best cars for towing up to 1500kg
At up to 1500kg, you can tow most mid-market single axle caravans and many single-horse boxes and smaller boats. According to the Tow Car Awards testers, the pick of this car class is the Jaguar XF Sportbrake. The 3.0 V6 diesel is not a cheap car, but it offers unparalleled stability, ample power and self-levelling suspension which ensures that heavier loads don’t unsettle the car. If you want to spend less money and add four-wheel drive, you could do a lot worse than the Ford Kuga. The 2.0-litre diesel 163ps version is stable and quick enough.

Best cars for towing bigger stuff
For towing heavy stuff such as large caravans there is only one car worth serious consideration. The Land Rover Discovery is the most decorated car in Tow Car Awards history, winning its heavyweight class every year but one. For 2014, the Discovery 4 outpointed the Range Rover Sport, BMW X5 and Jeep Grand Cherokee to take the class honours. It’s not a cheap option, but a 3500kg towing limit, unshakable stability and a host of towing-focused specification options, such as a trailer stability assist system and a reversing camera that shows where the trailer is going, mean this is very difficult to beat.

For full details of every car tested since 2007, visit http://www.thetowcarawards.com/